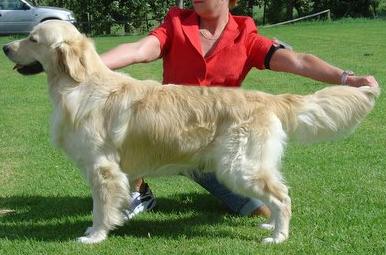 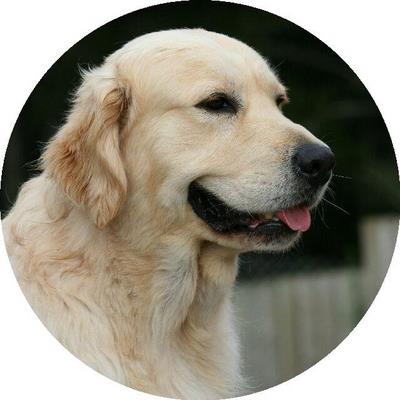 Sovereign has arrived in New Zealand.
We are so
grateful to Ann Smith for letting us have this puppy and his fabulous
pedigree.

After 8mths of waiting for him to grow some body &
coat we have put Sovereign back in the show ring.

At his first show in
March 2006 he thrills us by getting the dog CC with Best of Breed &
then on to win Best Of Group.
Two weeks later he wins Dog CC at his
next two Shows with ROB at the first & BOB & Reserve Of Group at
the second.

Sovereign has done it again & is now on 6 CC’s after
winning Dog CC & Intermediate In Show at the Golden Retriever
Championship Show 2006.

Sovereign does not enjoy being shown so once again we
have retired him- temporarily in the hope that we can pick up his last 2
CC’s eventually.
He has the most delightful temperament which he has
passed on to his progeny.
He has sired 5 CC winners for us including 3
Champions.

Dobro Free As A Bird