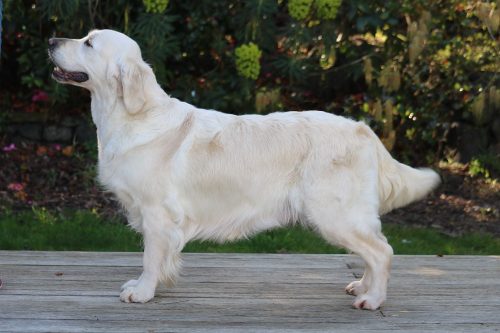 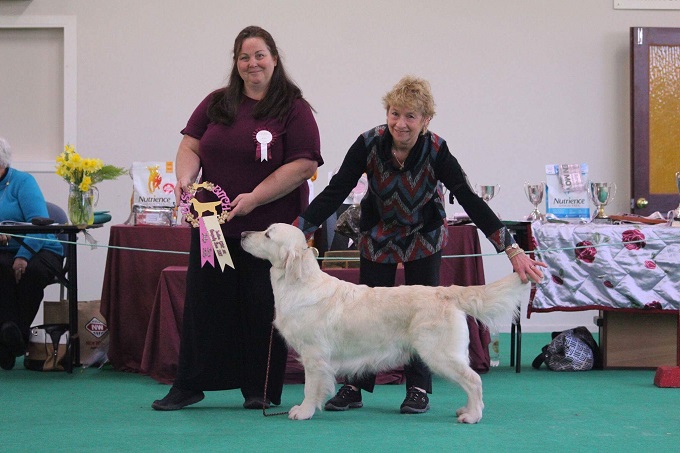 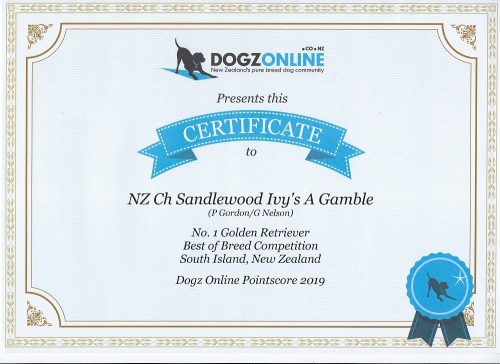 Ivy lives with Phillida in Christchurch.
She has been shown very lightly but at 10 1/2mths she has won 2 CC’s and one
Puppy of Group.
Ivy comes to the North Island for a visit and wins her 3rd CC with Reserve of
Breed at 11mths
Ivy now in Junior wins her 4th CC with Best of Breed
And 1 week later Ivy wins her 5th CC with Best of Breed and Junior of
Group
Ivy is on a roll another week later she wins her 6th CC again with Best of
Breed
Now we are waiting for her to grow her coat again
May 2015 at 18mths Ivy has gained her Championship Title 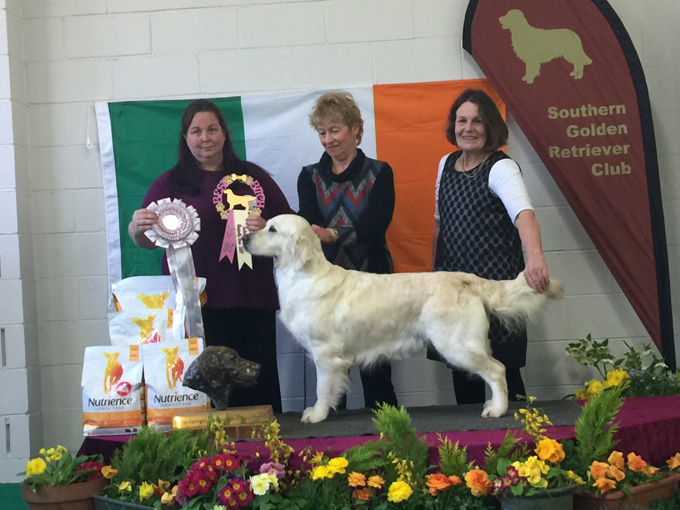 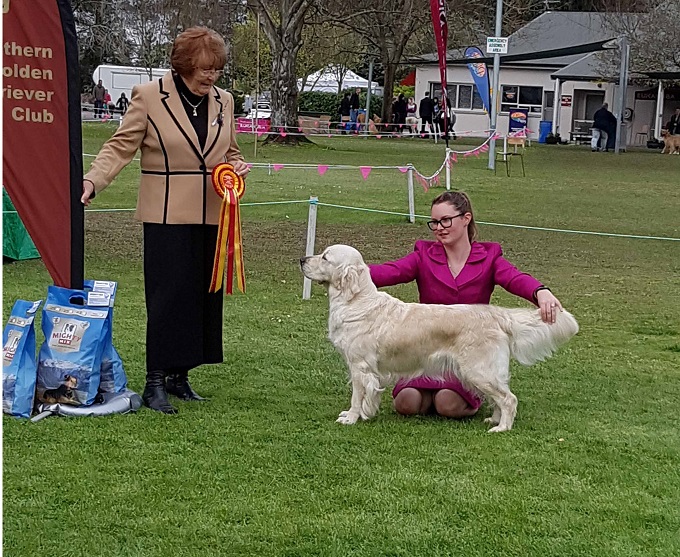 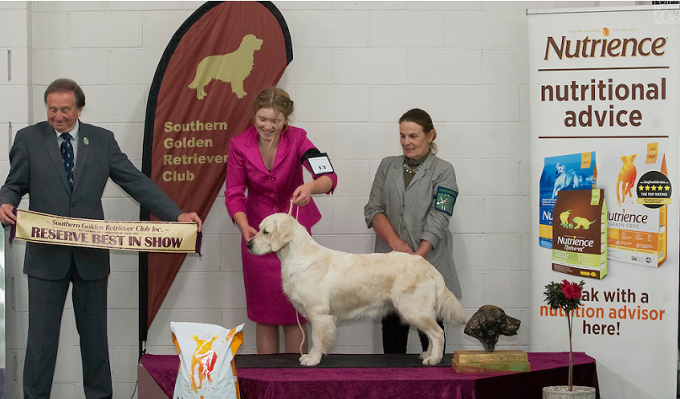 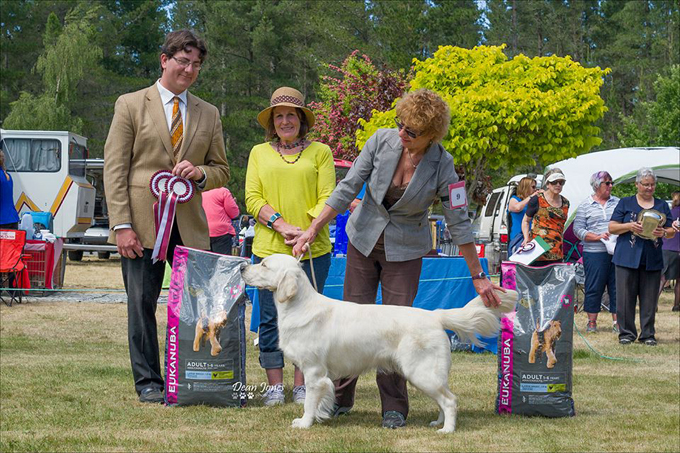 with excellent chiseling, Excellent
set of neck flowing into a strong topline,

excellent angles, moves beautifully
around the ring, lovely coat, I am sure she

will have a bright future ahead of
her, I was delighted to award her the RCC. 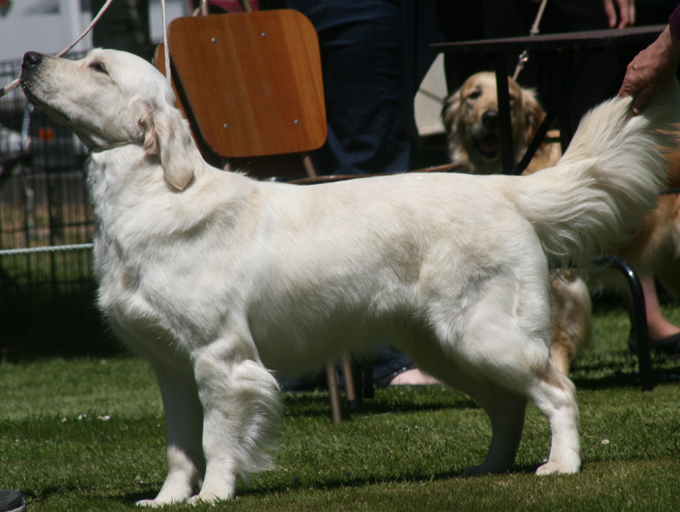 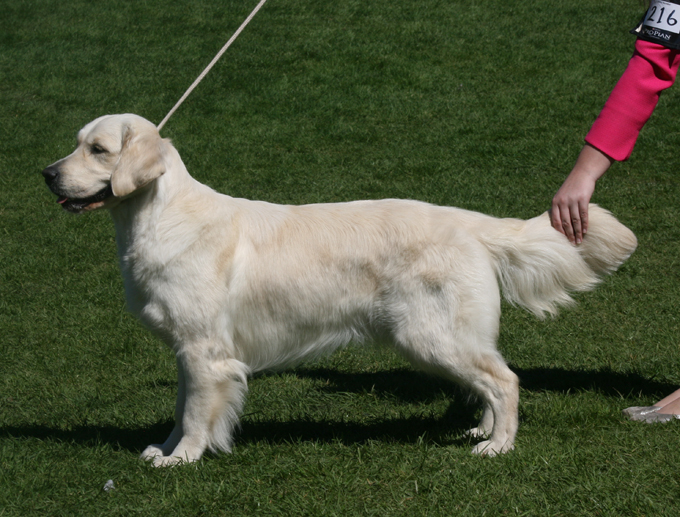 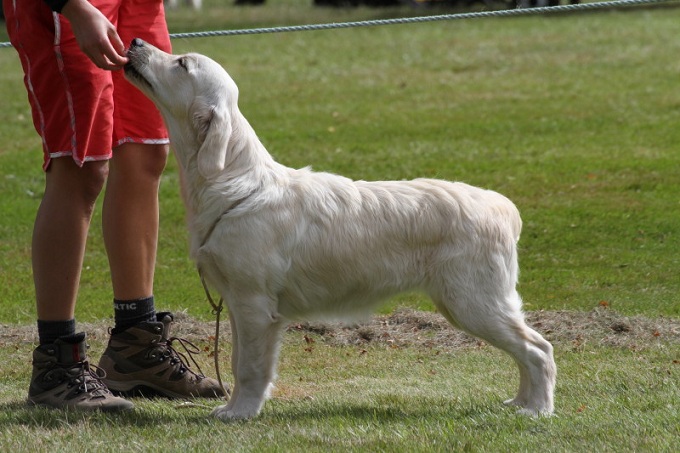